Due to the introduction of the new Team Variance report, the Team Work schedules report in the My Team section is being decommissioned in this release.

The Team Variances report, available in the My Team section, replaces the Team Work Schedules report and provides managers with additional information, on top of their team members’ work schedules, i.e. variances between scheduled and actual hours, worked.

1. Leave entries shown in the Timesheet Calendar will now include any manual edits that were made within a pay run. If you make multiple manual adjustments in a pay run for the same accrual type with the same leave application ID, Definitiv will merge the data in the manual line items to show only one leave entry in the Timesheet Calendar. Please be aware, this only applies to a leave pay item type that is set to cost proportionally and is listed in the payment section of the accrual type. The below example shows a leave application being reduced to 140.00hrs and an additional leave without pay application added as a manual line item in the pay run for the residual hours of the total leave period. The leave without pay application has been added as it is a different accrual type to the original application. 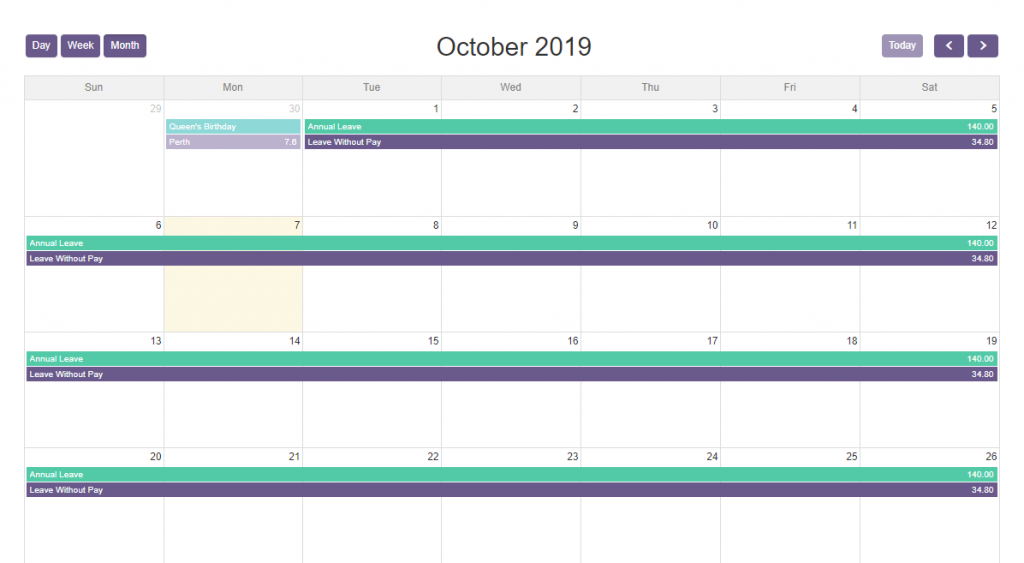 2. Updated the ‘Get Contractual Hours’ process (available to be used in the post-processing script of an award policy) to have the pay policy obtain the hours from the last calculated timesheet entry; instead of hours stated at pay period end date.

3. Resolved an issue causing some push notifications to not be received by iOS devices.

4. Resolved a visual issue causing the Pending Approvals to display strangely if viewing in Internet Explorer 11. For optimal performance of Definitiv, we do recommend using any one of the following browsers; Google Chrome, Firefox, Safari or Edge.

5. Resolved an issue where an approval would remain in a pending state if the approver was both the line manager and project manager in a two-step approval process and was entering the application/timesheet on behalf of the employee. The request will now auto-approve.