Change is in the air this next month as outcomes arising from the Fair Work Commission’s (FWC) four-yearly modern award review (Review) are implemented and a number of Federal awards are amended accordingly.

It will be music to the ears of many that 31 awards will get a face-lift; and, we’re told, be re-formatted, so they are easier to read and understand.

What may not be music to the ears of some employers are the upcoming changes to annualised salary obligations. These changes will be added to a number of common awards from 1 March 2020.

All companies with award-covered employees who receive an annual salary should be aware of the impending changes. It is important that as an employer you check whether your employees are impacted and whether adjustments to employment contracts, employment records, reconciliation processes and payroll are required.

Those of you who read my first blog for Definitiv last quarter will be familiar with the underpayments scandals that dominated headlines in 2019.

A number of the underpayments, including in the case of Woolworths (discussed in the earlier blog), were linked to annualised salaries being less than applicable minimum statutory entitlements.

With such extensive, high-profile and consistent breaches impacting some of Australia’s largest and most well-resourced companies (and their thousands of employees), it is little wonder that annualised salary arrangements featured so prominently in FWC’s Review.

What are the changes?

Fair Work’s golden rule continues to ring true: an annual salary cannot be less than the minimum entitlements an employee is entitled to under the National Employment Standards and the award or registered agreement that applies to them.

Although the golden rule hasn’t changed, the obligations and requirements detailed in the annualised salary clauses have had a major overhaul.

As part of the Review, the FWC has drafted new annualised salary clauses which are far more prescriptive than the current clauses. The new obligations focus on notification requirements, record-keeping and reconciliation.

In summary, if you have employees covered by the new annualised salary clauses, as an employer you must consider the following actions;

As an employer, you are to provide a written notification to the relevant employees, including the following information:

To ensure the employees are paid correctly, you are to ensure they accurately record their start and finish time (including any unpaid breaks).

Furthermore, you are to ensure a written acknowledgement has been received from the employee (during each pay or roster cycle) detailing that their record is complete and accurate.

A reconciliation is to be performed every 12 months (on the one-year anniversary of the annualised salary arrangement starting) to check that the annualised salaries are no less than what the employees would have earned under their relevant award. If an employee was paid less this needs to be rectified and paid within 14 days.

Who’s impacted & which awards will change?

The new annualised salary clauses will not be included in every award.

Only those awards that previously had clauses dealing with annualised salaries will be amended to include the new clause, as well as the Banking, Finance and Insurance Award 2010 and the Clerks – Private Sector) Award 2010.

For more information on what awards will be impacted by the new annualised salary clauses, read the FWC’s decision.

Employers should act quickly and take the following steps before 1 March 2020:

If in doubt about your obligations as an employer or whether your employees will be affected by the update, seek legal advice.

As the partner for Employment & Workplace Relations at Murfett Legal, our team has helped a number of customers with similar employment law related issues. If you need assistance with the upcoming changes, please call our team on (08) 9388 3100.

Remember, a stitch in time saves 9 (or possibly a hefty penalty and backpay claims).

This article was written by Carla Vinciullo, Partner of Employment and Workplace Relations at Murfett Legal. 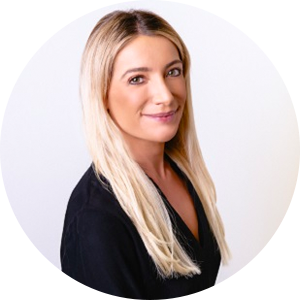 For more than 12 years, Carla has advised clients across a range of industries with respect to their employment, human resources, workplace, industrial relations and occupational safety and health needs. An accomplished advocate, Carla frequently appears as counsel in employment and workplace relations matters, including in the Fair Work Commission, Western Australian Industrial relations Commission, the Federal Circuit Court and the Federal Court.

Connect with Carla on LinkedIn.

Find out more about Murfett Legal’s employment and workplace relations services on their website here.